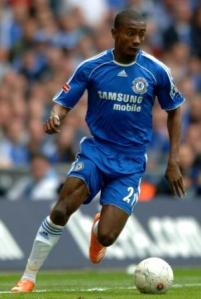 The enquiry was made by Arsene Wenger some time in August as Arsenal looked to add depth to the squad. This was during the time also when the Gunners were to sell Hleb and were looking at options for midfield though Nasri signing was still on the cards.

Solomon Kalou is a forward but can also play as a winger and his versatility was one of the key reasons that Wenger wanted to sign him added to that of his high potential. Often an underrated member of the Chelsea squad, scoring valuable goals and assists. The Ivorian has good pace, intelligent and can hold up the ball and would have been a good signing if Wenger could convince Scolari to sell though the lack of strikers currently at the Bridge one of the problems.

“If you ask Arsene Wenger, he wants Kalou as a centre-forward and Arsene is an intelligent man. I need to follow his idea,” said the Scolari.

“He wanted Kalou one, two or three months ago when we started negotiations for some players. I said no.

“If he sees Kalou as a number nine then I must try that sometimes. But I also have (Nicolas) Anelka, (Didier) Drogba and (Franco) Di Santo.”

2 thoughts on “Chelsea Turned Down Arsenal Approach for Kalou”