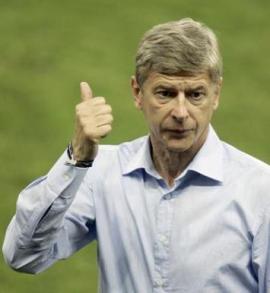 The first of the season’s transfer window has now shut with Arsene Wenger failing to add to the squad before the deadline and most notably failing to sign the midfielder that some feel the club require to fully compete honours. Arsenal Column analyses just how strong the current squad is.

N.B. Eduardo and Bischoff are categorised as ‘fringe’ because injury may limit the players from a full participation in the first team this season. The reserves mentioned are the top reserve players and may play a part in the season and/or the Carling Cup. Players in red are those that have had major injury problems in recent years.

One of the problems last season was a lack of depth exposed by injuries which halted the Gunner’s title charge however this season Arsene Wenger seems unmoved by this claim as he looked to trim his squad to allow maximum playing time from members. Senderos and Traore have been loaned out as Johan Djourou and Mikael Silvestre looked to have took their places.

The standard model used by most clubs is to have a minimum of two players challenging for each position. Arsenal manage to do that though at right back Eboue can provide the back-up moving up Wilshere to right midfield slot. Versatility seems key as if one of the two in a given position get injured one of the younger players will have to step up to provide cover.

The French tactician has placed an increased faith in his youngsters as players such as Randall and Gibbs look to challenge for a first team place while Ramsey, Denilson, Song and Diaby battle for the vacant midfield position left by Flamini.

This position is currently occupied by Denilson, who has made a steady start to the season but has yet to make the position his own in the way Flamini did last year. Attacking wise Denilson has looked more comfortable with a goal and two assists but work is still needed in his defensive game. To be fair he has shown willingness to win the ball back and improve on his tackling and positioning. Diaby and Song are the other two battling to partner Cesc Fabregas, and for the former a place in the starting line-up would have been formality had he not got injured. Diaby still has his doubters though the Frenchman has all the attributes to become as good as Patrick Vieira.

In defence the problem has usually been dealing with high balls but with Senderos out, Silvestre may look to stake his claim as Gallas’ partner because of his superior aerial ability. Djourou has shown he has the talent to play regularly as he is yet to concede while Toure has always had his class though still vulnerable to the high ball.

Over Reliance on Cesc Fabregas

As shown in the table there are a lot of injury prone players which could expose the relatively low depth and experience in the squad. The Gunners will be hoping for a largely injury free campaign for Rosicky and Van Persie as the two have not yet played a full season at the club and have regularly missed the potent duo’s creativity. If Van Persie is out, the burden will once again fall on Adebayor though Vela has greatly impressed in pre-season and against Newcastle showed he has the physical qualities to compete in the Premier League. Bendtner and Walcott are still raw talents though have huge potential.

Arsenal don’t want to fall into the same position as against Fulham where they played their worst game under Wenger and if you compare the team to the one that beat Newcastle the was one difference; Cesc Fabregas. His presence is even greater this year as I can remembered last year of the performance against Villa, the Gunners had Hleb, Diarra and Flamini to continue playing the passing football. Rosicky and Nasri are also key as on the wings the Gunners look a bit weak with both Walcott and Eboue still developing.

The immediate problem seems to lie in central midfield where the Gunners have to try and strike the right balance. Denilson showed his limitations against Fulham though is growing with stature but there is no doubt about his potential. And that is ultimately the problem judging how good the team is. No-one can measure potential and Diaby, Song, Denilson and Ramsey, and even one of the world’s best midfielders, Fabregas are under the age of 22. The potential is enormous in this young side and are going to get better and better but for some of them it may be a season to early.

Arsene may have not an experienced midfielder and the next transfer window is there to review if one is needed however no-one can argue that if all the players are fit Arsenal will be challenging for honours at the end of the season.